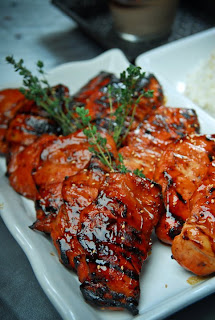 Who doesn’t look forward to the warmer months? It is the perfect time to go out and spend some time with family and friends. Social gatherings during summer call for swimming by the pool or the beach and surrendering to the sweet aroma of that meat cooked in an open fire afterward.

Anyone can have barbecue for it does not require much of precise mixture or concoction of ingredients. Barbecuing, however, includes several techniques that depend on how the cook wants the meat done. Some techniques include smoking, braising, baking, and grilling—which is the most popular way to have a barbecue. When grilling, the meat is cooked on dry heat over a hot fire that may come out of wood, electricity, charcoal, or gas (natural gas or propane).

Having a barbecue is considered as one of the most fun and popular activities in America every summer not only for the reason that it implies togetherness, but also because it promotes healthy choices both in health and in budget.

The same goes for Southeast Asian countries like the Philippines, Singapore, Malaysia, and Indonesia, where barbecue is considered as an inevitable part of every feast. The most common meat used when barbecuing in Southeast Asia is chicken because some or most parts of these countries are predominated by Muslim nationals which do not include pork in their diet. The trademark of barbecue in Southeast Asia is its sauce which is made out of spices similar to that of curry, mixed with peanut powder. The sauce is also used as a marinade or as spread to the chicken, pork, or lamb before being skewered on bamboo sticks.

Directions:
Note: this must be done a day or two prior to the gathering.

Island Pacific Supermarket
While we are known to be a Filipino Supermarket, Island Pacific aspires not only to promote Filipino cuisine to Filipino communities across United States but also to place it in the world culinary map. We accomplish this by offering the finest and top of the line products in our stores because that’s what Filipino cooking is all about – you just never compromise with ingredients. We believe a country’s food is a fair reflection of its culture and we at Island Pacific continuously showcase the colorful and rich Filipino tradition to the world through native foods culled from the different regions of the Philippines. We are very proud of our roots, our steadfast efforts to make it known, and we will continue to strive to be the best at what we do.